NUNG IKOT OBIODO— RESIDENTS of rustic Nung Ikot Obiodo community in Oruk Anam Local Government Area of Akwa Ibom State could not hide their excitement last Friday when the state government conferred with them over its plan to build Kumbit Ibom Industrial Park in the locality. NDV learned that Kumbit Global Limited, the company executing the project has plans to engage more than 200,000 workers and train over 50,000 farmers, build a three-star hotel, a police station, and a bank within the community.

‘Why we are excited’

Family Head of Nung Ikot Obiodo, Chief Titus Umoren, said: “I feel very happy that the state government brought this to my community, Nung  Ikot Obiodo. I assure the government and the company that there will be no trouble.”

Youth President, Sunday Idiong, who was full of excitement, said: “We, the youths are happy to have such a big project coming to our community, that is why our community willingly gave out their land for the project. The youths of this community will ensure that the investors succeed.”

A public servant and indigene of the area, Mr. Akpan, asserted that “we are going to give the investors of Kumbit Ibom Industrial Park full support and cooperation to succeed. We are part of Akwa Ibom State and we will be happy to see the development going on in other local government areas also standing on our land.

“We appreciate the state governor who is also our son-in-law for remembering us in his administration and we will encourage him to do more. It has been our prayer to have such a development project that will open up Oruk Anam and change its very rural outlook.”

Why we came to Nung  Ikot Obiodo—Kumbit

Addressing members of the host community, Managing Director of Kumbit Global Ltd., Mr. Anietie John, appreciated them for being peaceful people and urged them to remain peaceful and support the company to succeed.

He said they have a lot to benefit in the areas of job opportunities given the massive development the Kumbit Industrial Park, comprising 23 industries producing over 500 product lines, including beverages, food, building materials, batteries, pipes of all types, motorcycle, plastics, medical equipment among others, would attract to the area.

John added, “also we will engage more than 200,000 workers and train over 50, 000 farmers. There will be a three-star hotel, a police station, and a bank located within the community because of this project that is coming here.”

On its part, the state government through the Commissioner, Ministry of Lands, and Water Resources, Mr. Ime Ekpo, commended the landowners for accepting to donate their land for the project and promised to pay them adequate compensation.

Ekpo, who spoke through the Director of Lands, Mr. Udeme Isa, informed the landowners that the team from the ministry would identify with them, carry out enumeration process to assess and get the exact value for the economic trees and crops on their land, to facilitate payment of compensation by the government. 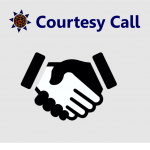 Courtesy Visit of The Commercial Attache of the Republic of Korea 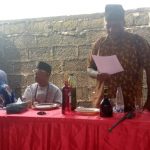 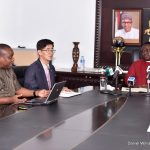